One of the best known funeral firms in the Maritime provinces, W.J. Dooley Funeral Service Ltd. of North Sydney, marked 1999 as the one hundred and twenty-fifth anniversary of the founding of the original "Dooley" Funeral Services and Home.

The Dooley Story is keenly interesting, covering advances the firm followed as it carried on business from its humble origin more than a century ago.

William J. Dooley was active for seventy-seven years as a licensed embalmer and funeral director. He could recall having personally known famed inventor Alexander Graham Bell and the noted Guglielmo Marconi, of wireless renown. Dooley also carried on a picture framing business. He had a photographic mind enabling him to quickly recall names of people, places and events.

The Dooley firm can claim a number of firsts in the profession:

Dooley's was the second funeral home establishment in Cape Breton to add a motorized funeral coach to it's facilities.

The son of an Irish immigrant, John J. Dooley founded the first funeral home business in North Sydney. Originally a carpenter by trace, John J. Dooley took on the responsibility of carrying out the additional duties of becoming the town's undertaker in the 1880's. This came at a time when the town's population was around eighteen hundred.

When a death occurred, a group of neighbours helped in the washing, dressing and casketing of the deceased prior to burial. John J. Dooley was one of the persons often called upon to build the wooden caskets, which were used. He decided after a period of time to relieve the community of this burden and went about the matter of establishing an undertaking and funeral services business.

A prominent citizen, active in numerous community affairs, he served as a town assessor, a member of town council and was an immigration official for several years. Dooley operated the funeral home for a long period of time prior to the business being taken over by son William J. Dooley. 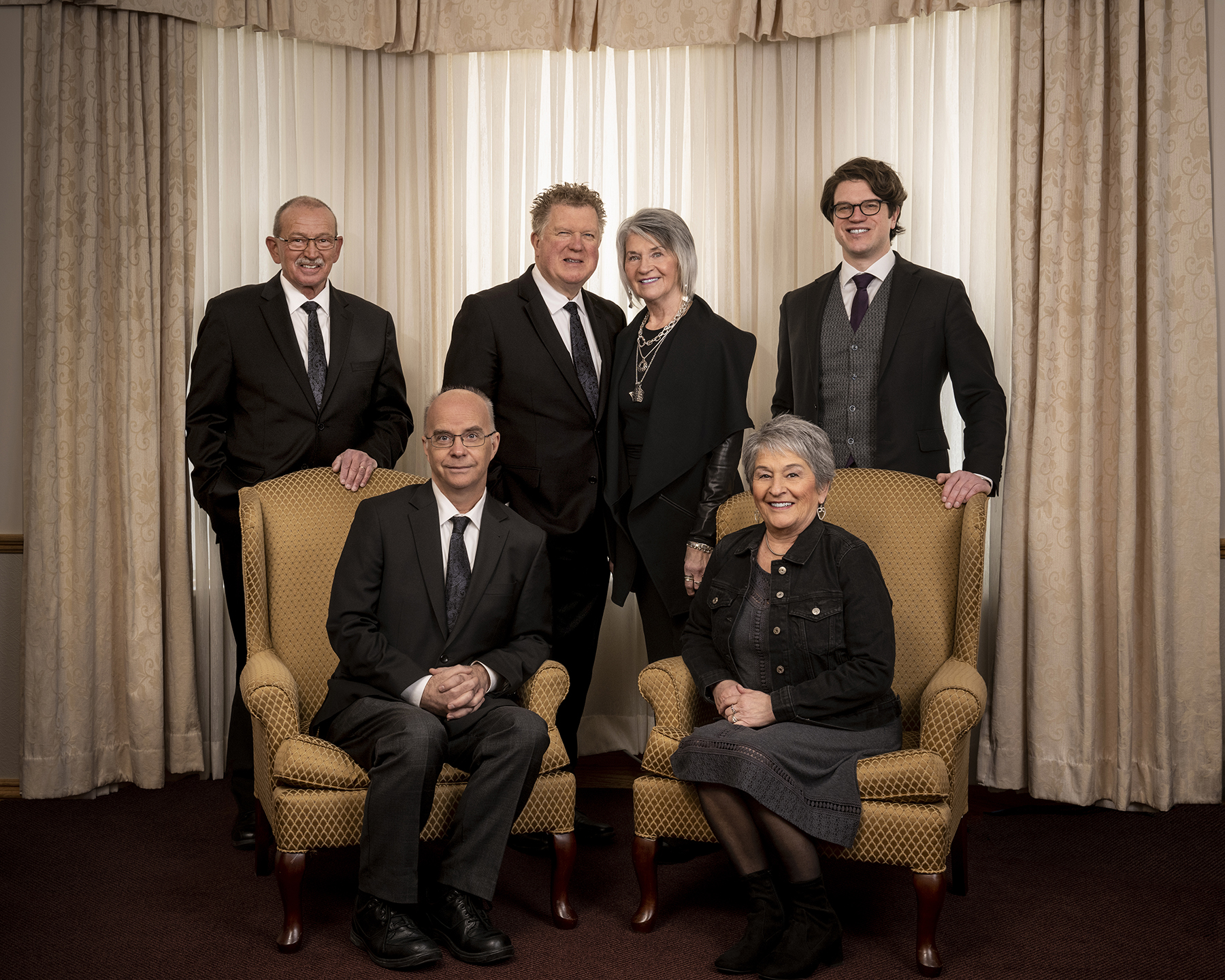 Joseph Walsh is currently semi-retired from day-to-day operations of the funeral home as of this writing but, on most days, he visits to make sure everything is in order and to help in any way he can. He attends most of the funeral services, is one of the town's best-known citizens and was active in many phases of the community.

At native of North Sydney and a graduate of the Sydney Academy, Walsh returned home in 1958 after serving thirteen years with the Royal Canadian Air Force. He was stationed overseas for two years during the Second World War and was a wireless air gunner, having served on twenty-one "ops" over enemy territory.

Walsh received his professional license in 1962 and joined the Dooley firm assuming operations from his father-in-law, William J. Dooley, in 1969.

He is a graduate of St. Jospeh's School in North Sydney and Sydney Academy in Sydney, Nova Scotia.

His wife is the former Virginia Dooley. They have three daughters, Maureen, Kathleen and Laura and two sons, William J. (Bill) Walsh and Peter V. Walsh.

Peter Vincent Walsh, the second son of Joseph A. Walsh and grandson of William J. Dooley started working with his father following graduation from St. Joseph's High School in North Sydney in 1973. He received his professional license in 1976 and continued to work for his father until taking over operation of the firm in 1984.

Peter has served in a number of community and professional activities: as a member of the Kinsmen Club of North Sydney, the North Sydney Business Improvement and District Commission and the Parish Council of St. Joseph's Church.

He has served as president of his professional association and as chairman of the Nova Scotia Board of Registration Embalmers and Funeral Directors. He is a member of the Seaview Golf Club and enjoys playing hockey during the winter months.

Other employees of the funeral home include Dan Campbell who started with the firm in 1981 and received his Nova Scotia licenses in 1985. Dan was born and raised in Brantford, Ontario and moved to Nova Scotia to enter the funeral business with his uncle Joseph Walsh. He is married to the former Shirley MacSween, and together they have three children Daniel, Lisa and Mark.  Over the years Dan has volunteered in a  number of community activities such as the Pre-Marriage program for engaged couples; former secretary and treasurer of the Seaview Curling Club; and member of the Seaview Golf Club.  He is a member of St. Joseph Church, North Sydney and has served on committees within the parish.

Robert MacPhee, a graduate of the Funeral Service Program at NSCC, Kingstec Campus in Kentville, began working as an apprentice at the funeral home in 2006.  He is now a licensed embalmer and is presently working toward becoming a licensed Funeral Director.  He resides in North Sydney with his wife Susan and their daughter Lily.

The Dooley funeral home has undergone a number of renovations and additions over the years. An expansion which was  completed in 1990,  added two large visitation rooms that can be changed into a chapel setting to accommodate one hundred and twenty five persons. There are ramps and washrooms for the handicapped, a four-bay garage, large hallways, a large parking lot, along with upgrading and renovations to the existing facility.  Since then other upgrades and renovations have been done to further enhance the exterior and interior appearance of the funeral home .  All of these changes have been well received by the community.

From its early beginning, the W. J. Dooley Funeral Home has been witness to many changes that have taken place in its community as well as to society, and still it remains one of the oldest and most respected businesses in the town of North Sydney, providing dignified and caring services to the families it serves. 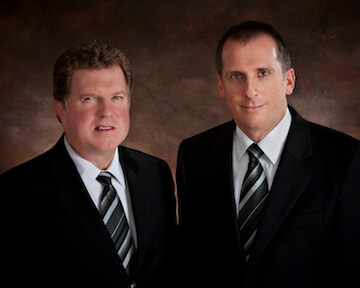