Share a memory
Obituary & Services
Tribute Wall
Read more about the life story of Gordon "Wedgie" and share your memory.

It is with sadness that the family announce the peaceful passing of our father, grandfather, uncle, friend, Gordon Hugh “Wedgie” MacLeod on Wednesday, January 18, 2023, at his home, at the age of 88.

Born in Thorburn, Pictou County on March 30, 1934, Gordon was the son of the late Roy and Dorothy (MacDonald) MacLeod.  In the early years he began his working career with CN Rail in Stellarton but moved to North Sydney in the late 50’s and worked for Marine Atlantic for 30 years.  Gordon was very active in his community and his parish, volunteering countless hours at St. Matthew Wesley United Church and the Northside Golden K Kiwanis Club.  Gordon was an avid hunter and shared many hunting trips at the cabin in Margaree with his late brother Allison and their friends.

There will be no visitation. A funeral service for Gordon will be held at 2:00 pm, Tuesday January 24, at St. Matthew Wesley United Church, Leitches Creek with Rev. Stephen Mills officiating. Following the funeral service, the family will host a reception to the public at the Emera Center Northside and all are welcome to attend. Funeral arrangements are under the care and direction of W.J. Dooley Funeral Home, 107 Pleasant Street, North Sydney.  Memorial donations can be made to St. Matthew Wesley Church Improvement fund, the Northside Golden K Kiwanis Club or charity of choice.  Online condolences may be sent to the family by leaving a message on the tribute wall of the obituary at www.wjdooley.com

To send flowers to the family or plant a tree in memory of Gordon "Wedgie" MacLeod, please visit our floral store. 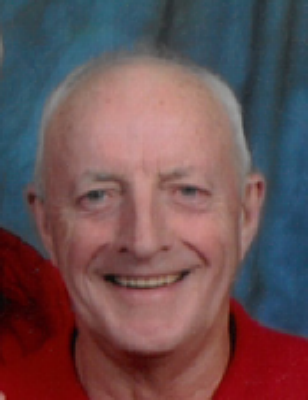