Share a memory
Obituary & Services
Tribute Wall
Read more about the life story of J.A. Stanley and share your memory.

It is with heavy hearts that we announce the passing of J. A. Stanley MacDonald at the age of 85 on Friday, January 20, 2023, at the Northside General Hospital, after a courageous battle with pancreatic cancer and dementia. He was a dedicated and loving father, grandfather, brother, uncle, friend, and husband of 60 years to his late wife, Marion, whom he now joins.

The son of the late John Angus and Jennie Mae (MacLeod) MacDonald, Stanley was born in Beechmont on December 2, 1937, and would live all his life there. Stanley epitomized hard work with a career at Superior Propane spanning 45 years, a job he loved immensely and of which he was never tired and rarely would he miss a day’s work. He would even take on extra jobs after his regular hours in order to buy special gifts for his children. He was a proud founding member of the Frenchvale Volunteer Fire Department and a member of St. Columba United Church in Leitches Creek.

Stanley is survived by his children: John MacDonald, Beechmont, Christina MacDonald, Beechmont, Darlene (Michael) Barrett, Fall River, Stanna Perry, Charlottetown, and Lawrence MacDonald, Halifax; his grandchildren: Laura, Patrick, and Gavin; his sisters Jane Ball of Leitches Creek, and Lowell (Eugene) Chamberlain of Oromocto, NB; his brother-in-law Angus “Bo” (Eva) Pickering of Beechmont and his sister-in-law Carol MacDonald of Sydney, along with several nieces and nephews. Besides his parents, Stanley was predeceased by his wife, Marion Jean (Pickering), his brothers Frank and Jack, and his brother-in-law Harry Ball, and in-laws Christina and Angus MacKenzie.

There will be a private family service held at the Calvin United Church Cemetery at a later date. Arrangements are under the care and direction of W.J. Dooley Funeral Home, 107 Pleasant Street, North Sydney. Online condolences may be left with the family by leaving a message on the tribute wall of the obituary page at www.wjdooley.com.

To send flowers to the family or plant a tree in memory of J.A. Stanley MacDonald, please visit our floral store. 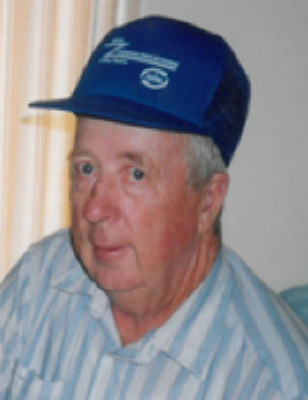