Plant a tree in memory of Marion
An environmentally-friendly option 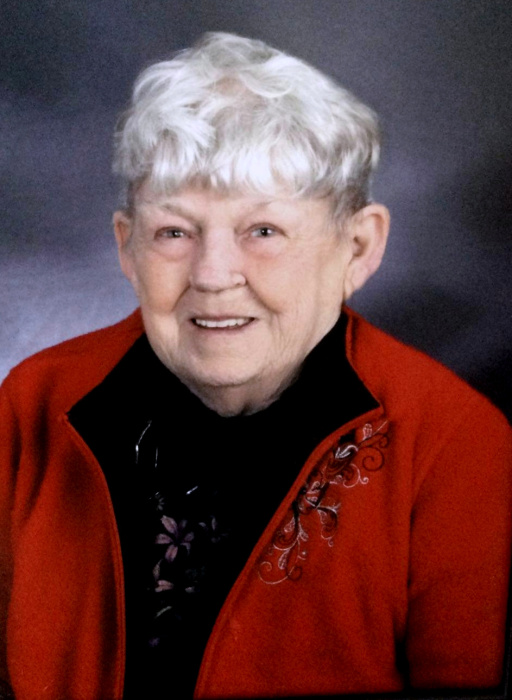 It is with the heaviest of hearts that we announce the death of our mother, grandmother, great-grandmother, sister, aunt, and friend, Marion MacBurnie, on Sunday, May 23, 2021 at her home, just 3 days after her 83rd Birthday.  Our sadness is eased in knowing that through the death and resurrection of our Lord Jesus Christ, Marion has been received into the household of God.  Such was her faith that her daughter would joke that “Mom has a direct line to God”.  While she faced many hardships in life, she was always there to encourage and help others.  We all will miss her laughter, wit, generosity and even her stubbornness.

Born in North Sydney on May 20, 1938, Marion was the daughter of the late Frederick J. and Charlotte Ellen (Young) Reid. Marion was a faithful member of St. Matthew Wesley United Church, loved being part of the choir and served on many committees over the years. Gardening and baking were her passions and she was well known for her fudge and carrot cake, and was often referred to as “The Fudge Lady”.  She enjoyed helping seniors, referring to them as “My Seniors” and liked it when they called her “The Go-for”.  She’d take them to appointments, shopping, and outings for ice cream.

I was determined to honour my Mom’s wish to pass at home, the same house she was born in, where she lovingly adorned the walls with pictures of family.  I couldn’t have done this without an army behind me.  Immense gratitude to: Dr. Paul Hickey, Sobeys Pharmacy staff and delivery, VON, Northside Homemakers, Paramedics, The Palliative Care team, Allen from Medigas, Wilson Security, and The Salvation Army.

Cremation has taken place.  A funeral service for Marion will be held at a later date at St. Matthew Wesley United Church.  Funeral arrangements are under the care and direction of W. J. Dooley Funeral Home, 107 Pleasant Street, North Sydney, NS.  Memorial donations may be made to:  Sydney SPCA, St. Matthew Wesley United Church, or a charity of your choice.  Online condolences may be sent to the family at www.wjdooley.com

“Till we meet again”

Plant a tree in memory of Marion by clicking here.
To send flowers to Marion's family, please visit our floral store.

Family to do services at later date

Plant a tree in memory of Marion
An environmentally-friendly option

Plant a tree in memory of Marion

1 tree planted in memory of Marion

My condolences to Marion's family.

My deepest Sympathy On Marion's passing.  She and Joe were so close as cousins and he had such respect for  her. I am sure they will they will have a great chat in God's kingdom. RIP.

To the Reid and MacBurnie Families
I would like to express my condolences to you.
Marion was a wonderful friend - I remember her laugh and I have many fond memories of our time together.
I know she will be greatly missed. I will treasure my memories of her.

Our Sincere Condolences to All the Family. Our hearts and Prayers are with you All.

It is with sadness & a sense of loss that I read of Marion's passing. She & my Mom Gloria were such good friends & Marion became a treasured friend to me. Marion truly was the "fudge lady" & she always made sure that she shared enough with Mom for me & my siblings. Even though she had so many health problems her faith & resilience never waiverd. No matter how she was feeling there were many phone calls to check on my Mom to see how everything was. Her gardens gave her so much pleasure...a love we shared together.  A truly kind & giving heart, she will be missed. She is at peace with our heavenly Father. Sincere condolences to all who loved & cared for Marion.
Patsy & Jim Mackenzie
Gloria Parsons & Family

Plant a tree in memory of Marion