Share a memory
Obituary & Services
Tribute Wall
Read more about the life story of Mona and share your memory.

It is with loving remembrance that we, the family, announce the peaceful passing of our beloved matriarch, Mona (Walsh) Batherson, on Monday, January 16, 2023, at 101 years of life lived.

Proudly born in Green Hill, Florence on October 4, 1921 to George and Martha (Duffal) Walsh, Mona was tenacious and hard-working. She was a skilled ice skater, a talent that caught the eye of a suitor who quickly became her husband and the love of her life, William Lorraine (Willy). Together they spent nearly 65 blissful years building a simple and fulfilling life that many could only dream to live.

As devout a Catholic as Mona was, she was equally as devoted to her family, raising four daughters with a firm but loving hand. There was no place where she felt more at home than baking in her kitchen; Mom took great pride in always having a treat on hand to serve, and creating new recipes for all to enjoy. When she wasn’t tirelessly baking, she found great pleasure in the simple things in life. Countless summers and winters were spent swimming and skiing in Beaver Cove, skating at Pottle’s Lake, taking long drives, and picnicking, provided there was a Coleman stove to heat up a cup of tea. Even well into her 101st year, she continued to enjoy a cold glass of white wine and coming out on top in a game of crib.

Though our hearts are aching from this tremendous loss, we are comforted with the knowledge that after 15 long years, Mom is now reunited with her soulmate, her beloved Willy, whom she had missed so dearly every day since his passing.

The family would like to offer our heartfelt thanks to the late Dr. Hugh Kirkpatrick, Dr. John Kirkpatrick, and most recently Dr. Alexander Wawer, who provided such wonderful care throughout Nanny’s long life, as well as to Lynda and the staff of Capital Drugs, to her many special caregivers throughout the years, and especially to those who cared for Mona in her final days, allowing our cherished Mom, Nanny and “G-Nanny” to finally rest with dignity, comfort and grace in her own warm bed.

There will be a funeral mass celebrated at 2:00 pm, Saturday, January 21, at St. Joseph Church, North Sydney with Father Doug MacDonald officiating.   Burial will take place at a later date.  Funeral arrangements are under the care and direction of W.J. Dooley Funeral Home, 107 Pleasant Street, North Sydney.  In lieu of flowers, those wishing to honour Mona may do so by making a donation to the Cape Breton Down Syndrome Society, Palliative Care or St. Joseph Church Improvement Fund.  Online condolences may be sent to the family by leaving a message on the tribute wall of the obituary at www.wjdooley.com.  For those who cannot attend the Funeral, it will be live streamed through the W.J. Dooley Facebook page.

To send flowers to the family or plant a tree in memory of Mona (Walsh) Batherson, please visit our floral store. 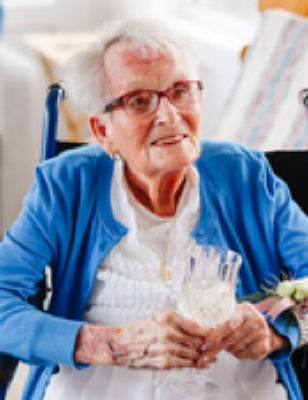