Share a memory
Obituary & Services
Tribute Wall
Read more about the life story of Robert and share your memory.

It is with great sadness that we announce the passing of Robert Everett McNeil, 83, of Scotch Lake, Nova Scotia who passed away peacefully on January 19th, 2023 at the Northside General Hospital.

Born in Glace Bay on February 2, 1939, he was the eldest child to the late Herbert and Monica (Burke) McNeil. He leaves behind his loving wife of 57 years Elizabeth (Landrigan) and his children; Bobby (Sydney), Suzanne (Boston), Nancy Wannamaker (Dan), Whitby, Ontario, Tommy (Ainslie), Halifax, and his cherished grandson Rowan Everett.

He is also survived by his siblings; Nora MacNeil, Janet (Robert) King, Cecilia Kennedy (Sam), all of Glace Bay, Raymond (Mary), Sudbury, and a number of special nieces and nephews.

Besides his parents, he was predeceased by siblings; Kathleen, Herbie (Shirley), William and David.

After serving a short time in the Royal Canadian Air Force, Robert moved to Boston where he met Betty, who as fate would have it, was also from Cape Breton.  While in Boston, Robert worked at American Homestead for 20 years before returning with his family to their beloved Cape Breton Island where he then worked for Superior Propane for 22 years.

His service to the community included time spent as a volunteer fire fighter, Knights of Columbus member, and a dedicated softball & hockey coach.

Robert really enjoyed visits with his in-laws, Cathy and Eddie, Roddie and Helen, Mary and Paul, Edna and John, and the weekly baked goods from his special sister-in-law, Babes.

Robert will be remembered by his quick wit and incredible sense of humor. He always brought joy and laughter to those around him. In his leisure time, Robert enjoyed playing darts, bowling, fishing, and was an avid sports enthusiast. Beyond all of this, he deeply loved his family, friends, neighbors and pets.

A special thank you to those who gave their time to provide comfort, support, and friendship to Robert during his challenging last few years, especially his good buddies Brian Jessome and Michael MacDonald.  Additionally, we would also like to thank Dr. Wawer, his staff, and Northside Continuing Care.

A celebration of life will be held at a later date.  In Robert’s memory, donations may be made to the North Sydney and Glace Bay Food Banks https://www.feednovascotia.ca/location/glace-bay-food-bank-society.

Donations to the Northside Food Bank can be made at W.J. Dooley Funeral Home.

Online condolences may be sent to the family by leaving a message on the tribute wall of the obituary at www.wjdooley.com.

To send flowers to the family or plant a tree in memory of Robert Everett McNeil, please visit our floral store. 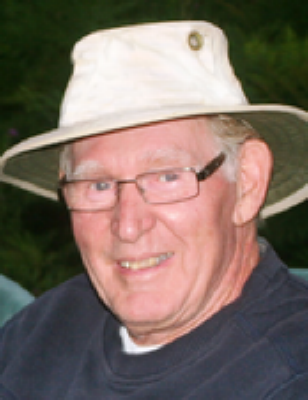